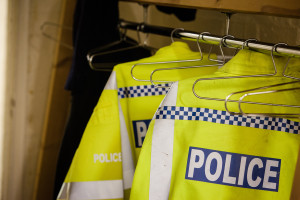 Crime has risen in West Yorkshire by a quarter in a year – and West Yorkshire Police Federation think it is linked to fall in officer and staff numbers.

The number of recorded crimes in the area was 25.6% higher in 2015 than in 2014, according to the latest crime figures from the Office for National Statistics.

Public order offences rose 88%, while violence against the person was up by 77% – the biggest year-on-year rise in England and Wales. Violence with injury was up 48% and sexual offences were up 57%. Cases of criminal damage and arson were up by a fifth in a year.

West Yorkshire has the highest rate of burglaries per head in England and Wales, at 11.1 per 1,000 people.

“We know that crime recording procedures have tightened up and that is a factor, and also people feel more inclined to report certain crimes like sexual offences.

“However, we would say that cuts do have consequences and losing 20% of your staff and having a 25% increase in crime – there’s a direct correlation in those two and it can’t all be down to crime recording for certain offences.

“We’re losing so many staff it does impede our ability to be visible, deter and investigate, and that is a concern moving forward.

“However, West Yorkshire Police officers are utterly determined to keep the public safe.”

Temporary Chief Constable Dee Collins said: “There are a number of other factors which have affected the figures, making the small, actual increases appear much more significant.”