Candidates line up for the second ever PCC elections 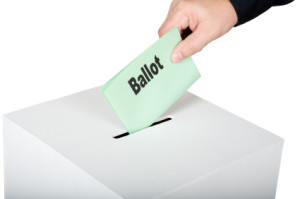 On Thursday 5 May voters in West Yorkshire will vote to decide who will be their next local police and crime commissioner.

After three and a half years in the position, the Labour Party’s Mark Burns-Williamson is standing for a second term.

A former Chairman of the Association of Police Authorities, Mr Burns-Williamson has promised to make the force “even more victim-focused” and to “improve cohesion and confidence” in the community.

He will be running against the Conservative Party’s Allan Doherty; Ukip’s Peter Corkindale; and the English Democrats’ Therese Hirst.

Mr Doherty served 31 years with West Yorkshire Police in both uniform and CID roles, and was commended 22 times before retiring in 2010.

He has since led the operations department for a charity that rescued over 200 victims of modern day slavery, describing himself as having a “unique professional knowledge of policing”.

Mr Corkindale is a police-sergeant-turned-parish-councillor, who has vowed to fight against direct entry for inspectors and superintendents, in favour of better funding and accelerated promotion for officers with proven skills. “The whole principal of direct entry policing is in my view totally flawed,” he says.

Ms Hirst, who has trained in law, stood for election in Bradford West for the English Democrats last year, but was not elected.

She is Deputy Chairman of the English Democrats, a former Independent Board Member of Bradford Community Housing Trust and a former NEC Member of the Campaign for and Independent Britain.