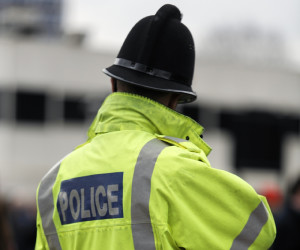 The new Policing and Crime Bill, which has been laid before Parliament, plans to shake up the policing rank structure. The only two ranks that cannot be touched are constable and chief constable.

The Home Office has introduced new legislation which – in its words – “will aim to finish the job of police reform”.
But Nick Smart said the Government should learn from previous failed attempts to change the police rank structure.
He said: “Many will remember that we previously tinkered with rank sturcures with the removal of the chief inspector role, only for it to be brought back due to the work pressures placed on other ranks that had to pick up the pieces. The Home Office do not appear to learn from experience.

“Having a multi-tiered system with PCSOs and volunteers all having new powers highlights the erosion of the office of constable – the bedrock of British Policing.”
“It is policing on the cheap. What we need is a properly funded police service with police officers at the heart of it.”

It will also place a duty on police, fire and ambulance services to collaborate and allows Police and Crime Commissioners to take responsibility for fire and rescue services, where a local case is made.