‘Get legal advice before giving evidence’ 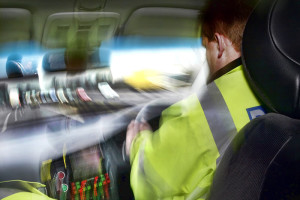 POLICE officers involved in pursuits and response drivers should seek legal advice before making statements about incidents, even if they are being interviewed as a witness.

That was the advice from Queen’s Counsel Mark Aldred at the Police Federation of England and Wales Roads Policing Conference, as he explained the lack of legislation on exemptions for police drivers.
He said: “For police officers who enter into pursuits, the reality is, if the political will is there, they could be prosecuted for dangerous driving.”

Pursuits fall squarely into the definition of “dangerous driving” he added, and that while it might seem surprising, there was “no legislation that gives officers an exemption from prosecution”.
This differs to police use of force, where legislation requires that it is allowed if ‘reasonable’.

Mr Aldred is a prominent lawyer who successfully defended PC James Holden in a high profile dangerous driving case in 2012.
“In my experience, in 95% of cases [which have reached my desk] the words that have come out of the officer’s mouth have been used against them,” added Mr Aldred.

“I get told by the officer that they ‘were only doing their job, they can’t seriously be being prosecuted’ and then I see the lights go out in their eyes as I tell them the law doesn’t protect them.”

He said reform needed to happen: “If we are going to ask police officers to do a job – we should make sure the law is there to allow them to do that job. Officers who drive or carry firearms do so voluntarily, for jobs that do carry serious risks. I wonder, if they were fully aware of the risks, would they continue?”

The Police Federation of England and Wales said it is working with the National Police Chief’s Council to develop a draft legislation change.

One frontline police officer, who asked not to be named, said: “If you pursue and the offender crashes you can be prosecuted for dangerous driving, costing you your job and potentially your freedom.

“If you don’t pursue and the offender commits further offences, you can be prosecuted for failing to do everything in your power to apprehend them as gross misconduct and neglect of duty.”