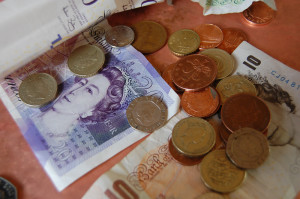 THE Police Federation of England and Wales has warned Chief Constables against penalising officers by taking away their right to double time on Bank Holidays, branding the move “counter-productive”.

In its submission to the Police Pay Review Body (PRRB), the NPCC suggested that officers should instead be given nine extra annual leave days a year.

Nick Smart, Chairman of West Yorkshire Police Federation, said the plans have lowered officer morale.
He said: “All this has done is alienate senior officers from their staff and this also lowers morale.”
“It’s hard enough working on Bank Holidays with skeleton staffing and picking up the slack of other agencies.”
“Getting paid appropriately on Bank Holidays is anything but “low value reward” for our officers.”

The Police Federation of England and Wales has called on chiefs to think again. It said that as officers are often called in on Bank Holidays to police commercial or semi-commercial events, such as the Notting Hill carnival, forces should charge event organisers to cover the costs.

“This is a solution that is fair to the tax payer, as well as to officers. We believe it would be counterproductive to penalise officers by taking away their right to this Bank Holiday when there are other routes available to fund this,” it said in a joint response with the Police Superintendents’ Association of England and Wales.

They also argued that it would be “odd” to remove the payment from the police service, when the fire service and NHS still pay double time on Bank Holidays.

The Police Federation and Superintendents’ Association also reiterated their call for the Away from Home Overnight Allowance to be maintained. The staff associations argued that an alternative, such as a bonus payment, would require “significantly more administrative effort”.