Promotion-seeking officers ‘should work with vulnerable’ 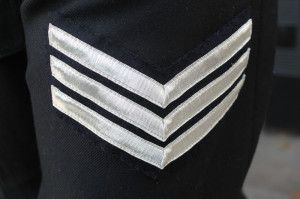 POLICE officers who want promotion should spend at least a year working in units that support the vulnerable, HM Inspectorate of Constabulary has said in its annual report.

In the report, HMIC criticised the fact that three-quarters of forces “are failing adequately to protect the most vulnerable in our society”.

As a result of what the report regarded to be a serious failing, it recommends changing the police promotion system “to ensure that in all but exceptional cases police officers preparing for advancement should spend an appreciable amount of time working in units which support vulnerable people, including children”.

Nick Smart, Chairman of West Yorkshire Police Federation, said: “It is heartening to see that HMIC recognises that protecting the vulnerable is a key part of core business.

“Indeed, 80% of daily demand is for most forces is around vulnerability and protection issues.”
“Therefore it is unacceptable that the Government and the Home Office do not measure and evaluate these issues (including child sexual exploitation, mental health and missing persons) when looking at how they fund police budgets. It smacks of utter incompetence.”
“In terms of working a year in vulnerability units , it’s just not practical, and shows [Sir Tom] Winsor has little idea of how forces operate. ”

HMIC’s report also predicted a further 6% fall in officer numbers in England and Wales to 115,400 by March 2018.
The report did emphasise “the strong dedication, professionalism and bravery of the vast majority of police officers and police staff in England and Wales, who work hard and in some of the toughest and most hazardous conditions, achieving public protection and the apprehension of offenders despite, rather than with, the assistance of advanced and reliable technology, which in too many respects is still poor”.

The report also “recognises that the police service has met many of the expectations of the public … while achieving spending reductions, which have meant lost jobs”.

But HMIC criticised the service for “contributing to an indefensible mosaic of inconsistent practices and standards” by not adopting best practice from other forces.