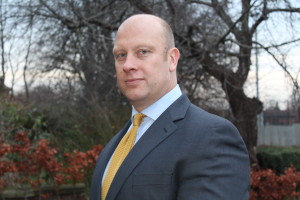 PUBLIC safety is being put in jeopardy as fewer police officers lead to a rise in local and national crime, the Chairman of West Yorkshire Police Federation has said.

Nick Smart (pictured) said it was “no surprise that crime has increased, especially when the number of officers has decreased”.

In West Yorkshire, figures show that overall recorded crime has risen by 18.9% in the 12 months from September 2014 to September 2015.

The force stated that “it is estimated that the actual increase was around 2%, with the rest due to the administrative changes”.

Mr Smart said: “It’s reasonable to assume that by having fewer officers out there crime has increased.

“What’s the point of having police officers if we don’t impact on crime figures?”

He added: “Everybody’s working as hard as they can at the moment. But we don’t have the same visibility that we had five years ago when we had 1,200 more officers.

“So there’s got to be a consequence of having 20% less workforce, and that is an increase in crime, because we don’t have the staff out there being that visible deterrent, investigating it.

“We need to properly resource for our force and other forces, with the correct number of officers – i.e. take it back to where we were four or five years ago.”

Nationally, crime is up 6% across England and Wales.

Mr Smart concluded: “We know that everybody in the force is working hard, we know that command do have some difficult decisions to make, but this is not down to them, this is down to the spending cuts. Nothing more, nothing less.

“We’ve warned about the cuts having consequences, and the consequence of the cuts are increased crime and particularly increase in violent crime across the country.

“And we predicted this. We think it’s a public safety issue, and the public are being put in jeopardy because of unreasonable cuts to the police service.”