What do you do if the worst happens? 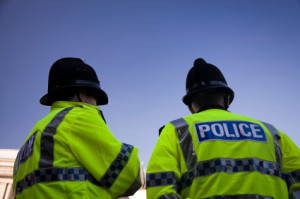 OFFICERS and staff will have the chance to attend two post-incident management awareness days later this year to learn what to do if they are involved in a police contact incident.

The last seminar was run in November and explained what to do and say after a police contact incident.

Ned Liddemore, Vice-Chairman of West Yorkshire Police Federation, said: “Officers and staff need to know that if they are involved in this type of incident, they are entitled to speak to a legal rep and/or a federation rep before they give any sort of account.

Speakers at the last course included officers who have been involved in shooting incidents and deaths in custody. Solictors are on hand to give advice, as well as post-incident managers, whose job is to run post-incident procedures.

Two more seminars are planned for June and November, although the Federation is waiting until the new shift pattern is implemented before setting the dates.

Mr Liddemore added: “In the past the force have been very supportive in granting duty time for officers and staff to attend these days and hopefully that will continue in future.”

Around 200 people attended the last course in November. One delegate said: “It reminded me of the tough positions I have been in and how we can’t forget why we do the job but also that we need to be aware of possible implications of our actions at all times.”

Another added: “Although PIMS is not something many officers get involved in, the day provides guidance and considerations on more common operational incidents that can affect the wellbeing of our officers.”

A further delagate added: “Long may they continue as it’s the first time for a long while that I have felt this much part of a wider team.”