‘We need to invest more money in the service’ 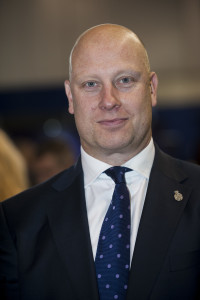 THE Chairman of West Yorkshire Police Federation has called for investment in the police service after the Chancellor said there would be no more cuts to policing in this Parliament in the Spending Review.

“Whilst there are no cuts, there is still no investment in policing,” said Nick Smart. “We have seen the degradation of policing locally and nationally over the past five years.

“This has massively affected our ability to be proactive, engage, and keep the public safe. The service still faces a massive challenge in delivering the cuts from the last spending review and we will continue to lose officers in the next few years.

“We have seen Neighbourhood Policing Teams reduced dramatically and our ability to be deliver preventative policing has been harmed.

“That said, the projected 40% cuts have not materialised. Paris was a game changer. Suddenly there was a realisation that we need to prevent rather than react to serious incidents. And you need police officers to do this.”

Chancellor George Osborne said: “Now is the time to back our police. There will be no cuts in the police budget. The police protect us and we are going to protect them. There will be real-term protection for police funding.”

It had widely been expected that police budgets would be cut by between 25% and 40%.