Please tell us if you are assaulted 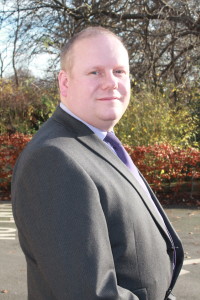 WEST Yorkshire Police officers who are assaulted at work should “tick the box” on their Injury on Duty form to notify the Police Federation.

According to Government figures, 264 assaults on police officers and 518 assaults without injury were recorded in West Yorkshire last year.

But Craig Grandison, Health and Safety Lead at Weat Yorkshire Police Federation, said that the true figure is likely to be significantly higher.

The Federation not only wants officers to record assaults with a full crime report, but also to fill out an electronic Injury on Duty form, which includes a tick box to notify the Federation.

“I want them to tick that box so that we know about the assault, otherwise we don’t get the information,” said Mr Grandison.

This allows the Federation to look for patterns that could help prevent and reduce future attacks. The data would help identify if assaults are happening at certain times of the day or in certain places, or if there are staffing issues or equipment shortages making assaults more prevalent. This information could in turn help the Federation to seek better training for specific circumstances or more equipment. The Federation wants to look into whether the extended use of Taser would reduce assaults on officers.

“Offenders might see Tasers as a threat and therefore decide they’re not going to assault the officer and they’re actually going to be compliant, which is what we’d like to see,” said Mr Grandison.

The Federation believes assaults are “massively under-reported” at West Yorkshire so it is difficult to ascertain the true figure.

Mr Grandison estimated that there must be “tens of thousands” of assaults on officers every year. He said officers were assaulted “every day” when he was an operational sergeant two years ago.

“A lot of officers for a long time do take it as part of the job, and say ‘Well you joined the police, and it’s a fact of life that whilst you’re working within the police you will get assaulted,’ said Mr Grandison.

“Those who commit the assaults need dealing with properly, through the court system. We also need to know what is going on so we can try and reduce the number of assaults.”