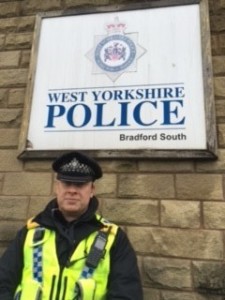 On a brief encounter with the Police Minister Mike Penning… So…I was at the Police Federation National Bravery awards a couple of weeks ago with our worthy nominees Richard Whiteley and Suzy Hudson.

During the course of the evening I happened to have a brief conversation with the Poling Minister, Mr Mike Penning MP. The brave officers were all sat there in their finest tunics looking incredibly smart and professional. The Federation hosts wear DJ’s. This is intentional so as not to confuse press, partners and politicians as to who the brave officers are – and rightly ensure that the focus of the evening is on the brave officers. I would have assumed that a minister in charge of policing would have known this, given the event he was attending and who was sponsoring it. He asked me: “Where’s your uniform then?” I can only assume that this was either tremendous ignorance or a very unsubtle dig at being a full time Federation official. As I said to Mr Penning as he sloped off not wanting to hear my reply: “Don’t worry it gets worn often enough”. And so to the point. Here is my uniform Mr Penning. I wore it last weekend on a cancelled rest day as a Bronze Commander at the EDL demonstration in Bradford. I was there with many hundreds of police officers from across the North East, North West and Midlands, doing what we do best…. upholding the law, allowing free speech weather you agree with it or not, and safeguarding the good citizens of Bradford.

Despite all the negativity that has previously emanated from certain political quarters, we still have the support and respect and of the vast majority of the public, who value and greatly appreciate what we do. Ask the citizens of Bradford. Despite all the harm that has been caused to the service over the last five or six years – all unfair and unjust changes to officers conditions and pay – I like thousands of my colleagues am still proud to wear the uniform Proud to serve. Proud to be a West Yorkshire Police officer. You can never take that from me or my colleagues.