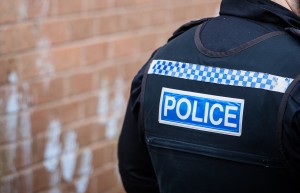 The number of assaults on police officers in the past year is “disgusting”, according to the Vice-Chairman of West Yorkshire Police Federation.

Ned Liddemore described those who assault officers as “a disgrace to society”.

In West Yorkshire, there were 264 assaults on police officers and 518 assaults without injury on a constable recorded in the past year.

Mr Liddemore said: “One assault on any officer is bad enough, but 23,000 in one year alone is absolutely disgusting.

“Our colleagues are out there alone for most of the time and trying to do their job and protect the decent members of society. These people that assault and injure our officers are a disgrace to that society.

“I would hope that the judicial process is implemented against each and every assailant, and if that person is found guilty at court, the full punishment be administered.

“It’s imperative that officers do report everything, including near misses, because that’s where we get our figures from.

Policing Minister Mike Penning said: “Our police do a difficult job protecting our communities and keeping crime down. They put themselves in harm’s way to keep the rest of us safe. One assault on a police officer is one too many. Anyone who assaults an officer can expect the full force of the law.

“I have listened to frontline officers who have said they want to see figures on police officers who are assaulted published and I want to understand the nature and scale of the problem.”

HMIC collected the information on officer assaults and published it annually until 2006. This was stopped in 2010.