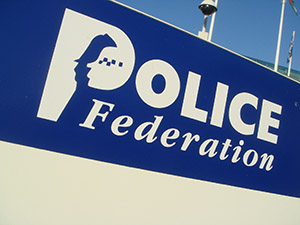 Police officers “simply cannot do any more and they, along with the public, will suffer as a result” of five per cent cuts to the policing budget, the Police Federation of England and Wales has said.

Steve White, Federation chairman, described the £299 million less given to policing by the Government for 2015/16 as a “joke”.

West Yorkshire Police has to make savings of more than £33.8m next year, on top of £103m already made in the last three years.

Mr White said: “Having already endured budget cuts in excess of 20 per cent and the subsequent loss of over 16,000 police officers, today’s announcement is yet another blow.

“A further cut of almost 5 per cent in the next financial year will mean the public just won’t be getting the same level of service. Less money means more cuts to frontline services and more pressure on officers, set against growing demands for service.

“We are expected to police historic crimes dating back decades; deal with current crime and disorder, including the threat of international terrorism; and tackle the changing face of crime, including the immense resources that cyber-crime involves.

“The police service is already at breaking point. Police officers are dealing with an increasing number of calls; often facing life threatening situations on their own and the public rightly want a police service that is there when they need it. They want a can-do service that is able to deal with whatever is thrown at it. I have no doubt that further budget cuts will jeopardise that.”

ACPO president Sir Hugh Orde agreed with Mr White, stating: “It will become increasingly difficult to maintain an effective service to the public as the cuts continue.”

Mr White added: “The police service has previously been able to rise to the disproportionate challenges put on it, but picking up the pieces and dealing with everything that is thrown its way is simply not possible. Officers simply cannot do any more and they, along with the public, will suffer as a result.

“Year on year, we are seeing less money, fewer resources and fewer officers. It is a joke to expect the police service to continue to absorb cuts of this level and for it not to have a severe impact on policing.”