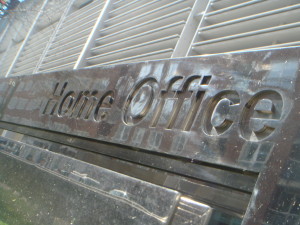 The service must brace itself for further cuts after it was announced that the central government policing budget would shrink by five per cent.

There will be £299m less available to policing, the publication of the Police Grant Report for England and Wales revealed today.

Every force – including West Yorkshire Police – will be affected by the cuts.

Mike Penning, Police Minister, said: “After careful consideration of all Home Office budgets and the impact of the Chancellor’s 2013 Autumn Statement, I have decided to maintain the 4.9 per cent real terms headline reduction to overall central government funding to the police announced at Spending Round 2013.

“Taking account of the latest inflationary forecast from HM Treasury published alongside the Chancellor’s 2014 Autumn Statement, this means a total cash reduction of £299m in the overall police funding envelope compared to 2014/15.”

Funding will be allocated to specific areas where Mr Penning said there was a “national policing interest”.

£564m will go to counter terrorism, while the Police Innovation Fund will receive £70 million. HM Inspectorate of Constabulary will get £9.4million. The Independent Police Complaints Commission (IPCC) will be given a further £30 million.

Mr Penning added: “Police forces are working more closely than ever before to reduce costs and duplication, and have started to work more closely with other emergency services through co-location and collaboration in areas such as mental health.

“The police are making their contribution to reducing the deficit and Her Majesty’s Inspectorate of Constabulary have found that the police are successfully meeting the challenge of balancing their books while protecting the frontline and delivering reductions in crime.”