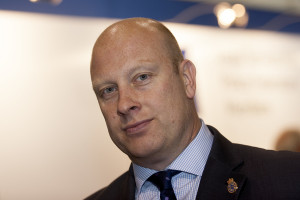 For some time we have been raising our concern about proposed budget cuts and their implications for policing, writes West Yorkshire Police Federation chairman Nick Smart.

The Chancellor’s Autumn Statement seems to have jolted some senior leaders into finally issuing stark warnings about the financial pressure policing faces nationally.

West Yorkshire Police is not alone as we stare ahead and wince at what the immediate future holds for us and the service we will be able to offer the public. Make no mistake, things will not remain the same.

Here in West Yorkshire we are looking at severe budget cuts – approximately 40% by 2017. But what does this mean? Prior to the financial meltdown, we had a police officer strength of around 6,000. By 2017, we will be down to around 4,300, if not fewer. 1,700 fewer officers. That is the equivalent of losing all officers in North Yorkshire or Humberside Police. Gone.

We face the pressures of terrorism, child sexual exploitation, safeguarding and vulnerability issues, cybercrime as well as traditional crimes and duties officers have to perform. Officers are not fools and neither are the public. Political rhetoric about reducing bureaucracy, new IT, new powers have not reduced demand sufficiently, if at all. You still need boots on the ground if you want to fight crime and keep the public safe.

What about outsourcing? Prominent senior officers are determined to walk this path, but you only have to look at the example of Lincolnshire Police. The precarious financial position of this force has been well documented by their chief and a few years ago he decided to outsource many of its services. But outsourcing costs money. And the danger with outsourcing tasks is that there are strict contracts and service level agreements to adhere to.

Cops are flexible and make this work for the benefit of the organisation. Service providers are only interested in making money, and if flexibility is required, then it will cost. The ghost of Christmas past is coming back to haunt the current incumbents. As if any reminders were needed about private providers failing to get the job done, then let’s look back at G4S and the 2012 London Olympics fiasco.

Partnership working takes years to build but minutes to dismantle. Once it is gone, it will take years to re-build. In times of austerity partnerships fall under threat as each public sector provider faces the same budget cuts. And with the greatest of respect to our partners, we are a disciplined service who can be ordered to undertake tasks 24 hours a day, 365 days a year.

We have the necessary powers which enable us to pick up the slack when they cannot cope. Look at the issue of missing persons from hospitals, children’s homes or mental health establishments. Who picks up these tasks to locate and protect the vulnerable when others fail? The police do. And that is on top of all the other crime calls we have to attend. There is a need to keep partnerships alive. If we do not, the police’s job will get even harder as others retreat from their responsibilities.

It is about time that those in political power – whatever party – come clean and were frank with officers and the public as to exactly what the future has in store for us.