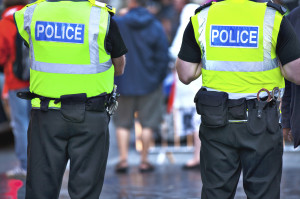 Police officers are being invited to submit their views on plans to hold disciplinary and appeal hearings in public.

Officers have until Friday 2 January to submit views on proposals – made by former Army officer Major General Clive Chapman in his review of the police complaints system – which also include greater protection for whistleblowers and introducing independent legal experts to chair disciplinary hearing panels.

“Whistleblowers will not be subject to disciplinary action for taking the necessary steps to report a concern and any reprisals against them will be taken seriously,” recommended Mr Chapman.

Legally-qualified experts would replace the senior officers who currently chair the panels of disciplinary hearings, and chief officers in special case hearings. This is in order to “introduce a greater degree of independence into the way police disciplinary hearings are conducted and to ensure judgements are legally sound”, he said.

The disciplinary hearing panels for senior officers will also be given the ability to remove or adjust compensation payments due at the termination of a chief officer’s contract of appointment, if they are subject to a disciplinary finding.

Home Secretary Theresa May has launched a public consultation on the recommendations. Mrs May has previously said that the current disciplinary process “lacks transparency, is bureaucratic and lacks independence”.

Nick Smart, chairman of West Yorkshire Police Federation, said: “An independent legal chair is something we would support as it brings impartiality into the proceedings and the decision making process.

“But proposals for public hearings cause us concerns – around what would essentially be show trials. Where are the safeguards in there for officers and their families?

“Should an officer be acquitted they will remain stigmatised for the rest of their career by having to go through that process.

“By having an independent chair – but keeping structures as they are at the moment – there will be a robustness brought to the process and it will comply with ethical and transparent requirements.”

Steve Evans, Vice Chairman of the Police Federation of England and Wales, said he was “delighted” that the government is considering plans to put legally trained independent experts in charge of misconduct hearings for the police.

“We believe this will ensure greater impartiality in investigations conducted by both the Independent Police Complaints Commission and professional standard departments,” he said.

“We believe this will lead to greater examination of severity assessments and that more officers will be dealt with at the most appropriate level. This was always the essence of the 2008 (2012) Regulations.”

Officers can respond to the consultation online at www.gov.uk or email their response to: policeregsconsultation@homeoffice.gsi.gov.uk.