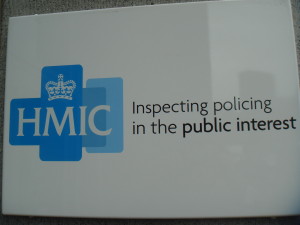 West Yorkshire Police has been classified as “good” at reducing and preventing offending but more needs to be done to improve the way it investigates crime, a report has found.

The evaluation was made by HM Inspectorate of Constabulary as part of the first of a new style of annual report.

Every force has been examined by HMIC in terms of its Police Effectiveness, Efficiency and Legitimacy (‘PEEL assessment’).

West Yorkshire has a crime rate which is higher than that for England and Wales. However, in the last 12 months it has seen a greater reduction in crime than England and Wales as a whole and the number of anti-social behaviour incidents has reduced from the previous year, the report found.

HMIC found crime reduction and prevention currently focuses heavily on acquisitive crime such as dwelling burglary, with an inconsistent approach to tackling other types of crimes. The force would benefit from an increased cultural shift towards a more victim-centred approach, it said.

Michael Cunningham, Her Majesty’s Inspector of Constabulary who oversaw the inspection, said: “While burglary is a clear priority for the force, the investigation of other crime types has suffered as a result, with additional focus required on those that have a level of threat, risk and harm.

“The quality of response for domestic abuse victims is also a cause for concern: at the first point of contact, response is not consistent and the quality of completed risk assessments is patchy.

“I have serious concerns about the force’s approach to crime-recording, which is not as accurate as it should be.”

However, the force faces challenges due to the nature of its geographical area which were taken into account; There are five local authorities covering both urban and rural communities, with extremes of affluence and deprivation. There are large student populations in Leeds, Bradford and Huddersfield, the report said.

Its work around of the Tour de France Grande Depart last summer was praised, along with its policing of five English Defence League demonstrations.

Mr Cunningham added: “I am encouraged by the progress West Yorkshire has made since last year in developing and carrying out a programme of change that is enabling it to provide good value for money. Despite major change and significant reductions in staffing, the force has continued to provide effective policing.”