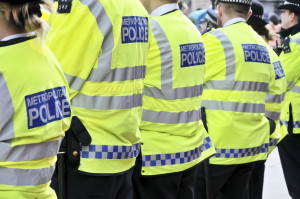 The Police Federation of England and Wales said the target culture in the police service is impacting on the service police officers can provide to victims.

Paul Ford, the Federation’s lead on crime recording issues, said police officer resources are “becoming so stretched which is impacting on how crime is being dealt with and recorded and on the training needed to deal effectively with issues such as crime recording.”

The response comes as Her Majesty’s Inspectorate of Constabulary published a report highlighting the under-recording of crimes, such as victims of violence against the person and sexual offences – describing it as ‘wholly unacceptable’.

Paul Ford, the Federation’s lead on crime recording issues, said: “We are concerned about the target culture, where officers are pressurised into hitting key quotas in relation to particular crimes, and how this is impacting on the service to victims.

“The way crime is recorded is hap-hazard across forces. We have been working with HMIC to look at this issue and have reiterated a need for accuracy and integrity in order for the public to trust the validity of the crime figures. We all have a responsibility not to misrepresent crime statistics.”

He added: “Policing is also far wider than crime recording and by failing to acknowledge this those that use crime statistics as the benchmark of success for policing do a disservice to communities and policing.

“However, it is of concern to us that there is under-recording particularly around victims of violence and sexual offences. Victims need to be reassured they are getting the best service possible from their police service yet resources are also becoming so stretched which is impacting on how crime is being dealt with and recorded and on the training needed to deal effectively with issues such as crime recording.”

Home Secretary Theresa May said: “It is never acceptable for the police to mis-record crime. Failing to do so not only lets down victims, but the wider public who expect to be able to trust the integrity of police recorded crime.”

There had been “utterly unacceptable failings” in the way police forces have recorded crime but matters were improving, she said.

Jack Dromey, shadow police minister, said it was time for Mrs May to “get a grip on this and make urgent changes to the way the police record crime”.

Jeff Farrar, ACPO lead for crime recording, said: “Pressures from workload and target culture, use of professional judgment in the interests of victims, lack of understanding of recording rules or inadequate supervision can all lead to inaccurate crime recording.

“There have been allegations of improper practice, such as dishonest manipulation, in crime recording, however, the biggest and most in-depth inspection ever conducted by HMIC could not find anyone to come forward with any firm evidence to support this.”