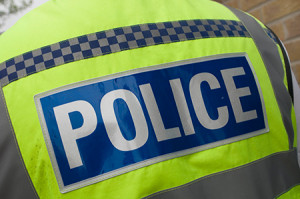 There is “no place in policing for anyone who cannot secure the confidence of their colleagues or undermines public’s trust,” the College of Policing has said.

The College has announced that it is working on a new vetting code for the police service  which “will continue to allow police forces to look at each applicant individually to determine whether all offences – particularly historic juvenile offences – should automatically bar a candidate from joining the police service”.

Newspaper reports had suggested  “drug users and thieves will be allowed to join police”.

The College of Policing’s lead for integrity, Assistant Chief Constable Richard Bennett, said: “People working in policing must act with honesty and integrity and we need to ensure that people joining the service can uphold the high professional standards that the public rightly expects.

“The College has introduced a new Code of Ethics for everyone in policing as well as developed the first national disapproved register for those who have been dismissed for gross misconduct.  We are now developing a new vetting Code of Practice for the service.  The new Code will make recommendations to strengthen existing processes and guidance on the continued vetting of police officers and staff to ensure they remain suitable throughout their career, and not just at initial appointment.

“The Code will continue to require applicants to reveal any previous involvement with any law enforcement agency.  It is likely that any conviction, caution or fixed penalty notice for offences involving an element of dishonesty would result in vetting clearance being withheld.

“There is no place for anyone in the service who cannot secure the confidence of their colleagues or undermines the public’s trust in policing.”

Steve White, chairman of the Police Federation of England and Wales, told the Daily Mail: “The public need to have the utmost confidence that police officers are of the highest calibre and integrity and I have serious and grave concerns about anything which could undermine that.”