Is it any wonder that police officer morale is so low? 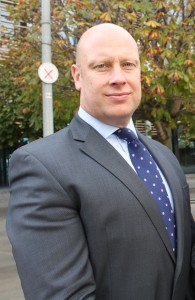 Nick Smart, chairman of West Yorkshire Police Federation, (pictured) reacts to a survey which has shown 94% of police officers believe morale in the service is low or very low.

“It is no surprise to any serving policing officer that police morale nationally is so low. Police officers do not feel valued or respected by their political leaders.

“The Police Service has been singled out by a Government determined to destroy the best policing model in the world. The Winsor review to changes to Pay and Conditions was not an independent report, some evidence in the report was flawed and attributed to officers that did not exist and many of the recommendations were based on Winsor’s own limited experience and knowledge of policing.

“Only through strong representation by the Federation at the independent Police Arbitration Tribunal (PAT), did the panel see that some of the recommendations were simply unfair and unjust and were not agreed.

“Direct entry and Fast Track schemes are with us. There is little support for this from the public or the service. It is a gimmick. This scheme undermines public safety. The public want experienced and competent senior officers making critical decisions to protect them. You cannot teach credibility. You cannot buy experience.

“Additionally we already have many talented officers within the service, wanting promotion, many of whom have been performing the higher roles for some time. This scheme does nothing to increase morale and shows a deep lack of understanding on the challenges related to policing.

“The police pension changes to the service have had an adverse and very detrimental effect on morale. The service has again been singled out to take a bigger hit in relation to pension contributions, paying 3.25% extra as opposed to 3.2% for other public services. Officers did pay 11% of out of their wages in pension contributions every month, but this has now risen 14.25%, which is higher than any other public service.

“Thus pensions are simply becoming unaffordable for many police officers. Again this issue has undermined and rocked police morale to the core. The correct way to change pensions would have been to bring a new scheme in 2015 for new starters. The police service has seen pension changes unfairly backdated, thus wrecking the futures of many mid service and younger officers.

“The only pension scheme that follows this principal a new scheme for new starters is the MP’s scheme. Whilst every other public sector pension scheme had had the changes which affect existing staff, MP’s are different. This is not leading by example. Is it any wonder and officers do not feel valued when they see double standards?

“Pay in the police service was frozen for two years and then we have been offered a below inflation pay award of 1% for the past 2 years, which does not keep pace with the cost of living. Thus officers have seen a realistic loss of 10-15% in the value of their salaries over the last four years.

“Again MP’s getting a reported 11% pay rise does nothing to increase the faith in politicians setting the example and undermines morale within the police service. We are getting perilously close to how it was in the grim days of the late 1970’s, with low numbers, low morale, poor pay and officers taking second jobs to make ends meet.

“We have been telling politicians and any other interested parties who will listen for some time that the cuts to policing budgets mean less staff, increased workloads and demand outstripping resources.

“Nationally, the cuts to police officer numbers have been the equivalent of losing all police officers in Greater Manchester Police, West Yorkshire Police and Northumbria Police. And the losses will continue.

“In West Yorkshire we will reduce from about 6,000 officers prior to the cuts, to around 4,500 by 2017. You simply cannot deliver the same service with 25% cuts to police officers and the policing budgets. Assaults on police officers are up and there is a heightened terrorist threat faced by police officers.

“The political rhetoric supporting the service from the Home Secretary is not matched by actions. Statements saying “The Government will always support and protect officers, that the British police service is the best in the world, and that killers of police officer will remain in jail for life.” Well, many officers see no evidence of support or protection from the Home Office, and see the best model of policing in the world being systematically dismantled in front of their eyes.

“And they are seeing police killers such as Harry Roberts allowed out of jail.

“Whilst overall crime may be down it does not give an accurate picture of modern policing. Complex and time consuming issues such as safeguarding (missing persons, vulnerable victims), working at road traffic collisions and public order commitments are not recorded as part of the Home Office statistics on crime. Thus only a portion of daily policing duties and tasks are measured and this does not truly reflect the real work and pressure that police officers and the service are under.

“Add to this a plethora of MP’s – and related media stories – perennially condemning the service for incidents 15, 20, 30 years ago. The modern service has evolved dramatically since the miners’ strike in the 1980s or the Poll tax riots , or undercover officers in the Mets Special Demonstration Squad in the 1990s.

“Many officers serving now we not even born when these events happened and yet officers today are held responsible for these alleged sins. Rightly the public deserve justice. Justice delayed is most definitely justice denied. However it is entirely wrong to blame those currently within today’s police service for incidents that happened a generation ago.

“So given all of the above is it any wonder that police officer morale is low.”