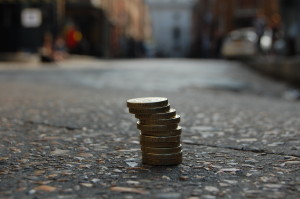 The remit for the new police pay review body has been published by Home Secretary Theresa May, with officers set for no more than a 1% pay rise in 2015.

The Home Office has published the remit it has given the Police Remuneration Review Body (PRRB). The remit gives the PRRB guidance around what it should consider this first year when making its recommendations and the parameters within which it should fit.

A statement from the Police Federation of England and Wales said: “The Home Secretary has also made it clear that recommendations have to have regard to government policy on public sector pay for 2015/16 being an average of up to one per cent.”

As well as to recommend a pay rise for officers, the PRRB has also been asked to provide “observations on the level and scope of existing arrangements for differences of police officer pay and allowances at regional and local level (with a view to making recommendations in future years).”

The Government also want the new Police Pay Review Body over the next five years to consider issues including buying out Sgts’ casual overtime, increasing the pay gap between Sgts and PCs and to review on call allowance.

The Police Federation of England and Wales added: “The PFEW has been working for some time with a number of other stakeholders including the Superintendents’ Association, ACPO and PCCs – as well as with the PRRB – to ensure that comprehensive evidence can be collated and presented in order to secure the best deal possible for our members.

“Now that the remit letter has been published this work will continue at pace.”

Instead the Review Body will consider evidence submitted by interested parties – ACPO, police and crime commissioners and staff associations – and then advise the Home Secretary, who will make all final decisions on pay.

The Review Body’s timetable for a 2015 pay award includes visits to forces this autumn, receipt of written evidence by mid-December and then oral evidence from interested parties in March 2015.

The full PFEW statement is here