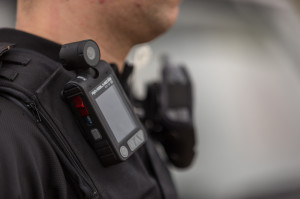 A body worn video trial looking into domestic abuse incidents in Essex has revealed the equipment increased the amount of suspects charged, the College of Policing has said.

The trial,  from January to May this year, saw some officers attend domestic abuse incidents wearing the cameras, while others went without. Where officers wore a camera, 81 per cent of the sanctions issued were charges, compared to 72 per cent when officers did not wear the equipment.

This is compared to other sanctions such as a penalty or community resolution.

According to the College, both groups of officers were surveyed and camera wearing officers were interviewed to establish the impact of the cameras.

Supt Trevor Roe, of Essex Police, said: “Use of the cameras helps us to capture best evidence which will help us to increase prosecutions.

“We purchased 400 new cameras which will be used by frontline teams in areas that have been identified as being key areas across the county where they will have greatest effect.

“These are areas which have higher levels of incidents relating to night time economy issues, domestic abuse and issues with serious and violent crime.”

During the trial 308 response officers, including 70 wearing cameras, attended a total of 7,609 domestic abuse incidents. Of these, 36 per cent (2,761) were attended by an officer wearing a camera.

Officers who carried out the four-month trial noted the benefits of capturing the context, comments, emotions and injuries when attending domestic abuse incidents. BWV can also be used to accurately record the layout of a scene or damage caused during the incident.

The “randomised control trial”, carried out by the College, revealed there were practical limitations to the cameras. Officers reported they could be difficult to turn on and off; they did not work well in poor lighting; they got caught in seatbelts and the angle of the camera meant it was not always filming what they wanted at the scene.

But when officers were later surveyed, half of them said the cameras increased their confidence to secure a conviction because the equipment could give more detail than a statement could capture.

Officers also found the cameras brought a feeling of increased accountability, which made them more mindful of their behaviour.

College of Policing Chief Executive, Chief Constable Alex Marshall said: “This is the first study of its kind in the UK and indicates that in cases of domestic abuse, body worn cameras have the potential to improve criminal justice outcomes.”

Home Secretary Theresa May said: “Research such as this is invaluable if we are to catch more perpetrators, and protect the public.”