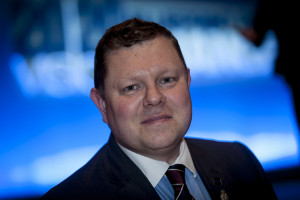 Hampshire Police Federation has threatened to take its force to court if an officer gets injured while staffing levels are too low.

The vow came at the Federation’s annual Open Meeting this month during which John Apter, chairman (pictured), warned that officer safety is being risked by local managers dropping staffing levels.

Mr Apter told chief constable Andy Marsh: “It’s commonplace now for Minimum Staffing Levels to be ignored…Taking such risks with officers’ safety is not acceptable; and we can’t stand by and allow this to happen.

“Where managers take unnecessary risks with minimum staffing levels and one of our members gets injured, we will take legal action against the force.”

Mr Apter also called for a change in culture around officer assaults – after he uncovered a perception that assaults are seen as “part of the job”.

He told the conference: “I agree policing is tough, it’s dangerous but assaulting an officer, at any level must never be seen as just part of the job. It should be seen as unacceptable, and we must deal with it robustly.”

In the past five years there have been almost 5,000 assaults on officers across Hampshire and the Isle of White – 1,200 of which took place since April last year.

The conference heard from officers who had been assaulted, one who thought she was going to die as she was attacked by an offender, and another who said she was made to feel “worthless” by the force and the CPS afterwards.

Mr Apter added: “Officers are not asking for too much, just to be supported during a difficult time. I know that the gold group is taking this seriously and the welfare and support for officers who are assaulted is high on the agenda but we need to ensure this group does not turn into a talking shop, it must make real and positive changes which make the working lives of our officers safer.”

And Mr Apter also called for a wider roll out of Taser, after 87% of officers who replied to a survey said they wanted more access to the weapon.

Taser was originally rolled out to 200 officers at the force, but due to changes in postings, many of the Taser-trained officers are often away from the front line.