Officers reminded to be “extra vigilant” for their personal safety 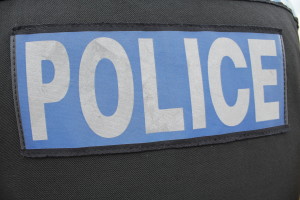 West Yorkshire Police officers have been reminded to be “extra vigilant” for their personal safety after the national threat level to police officers and staff was heightened.

It comes two months after Home Secretary Theresa May announced that the national threat level had increased from substantial to severe, meaning a terrorist attack is highly likely.

Nick Smart, Chairman of West Yorkshire Police Federation, said there had not been a specific, direct threat against officers serving in West Yorkshire. Nevertheless, he said it was important that all officers remain mindful of their safety while on duty and on their way to and from work.

“Ideally, we would advocate that officers are double crewed, not just for officer safety but for officer corroboration of evidence, as best practice,” said Mr Smart.

“However, we understand that if we did this we would never meet all the calls that are outstanding. The force has to do a balancing act with the risk assessment.”

West Yorkshire Police Federation has raised concerns about single crewing with the force, but there has been no directive from the command team to say there must be double crewing due to the raised threat level. The Federation has said it will keep officers informed if there are any changes.

In the meantime, Mr Smart said officers have to be “extra vigilant, as they should always be, listen out for each other and be very conscious of where their colleagues are at all times”.

He added: “If there is anything suspicious or if something is just not right, you cannot ignore it.”

“The threat level to police officers and staff has been heightened, but we are used to confronting risk and danger. This is what we do on a daily basis, and we are well trained,” said Mr Rowley in a public statement.

He added that all police forces would continue to “constantly” review their security and safety procedures.