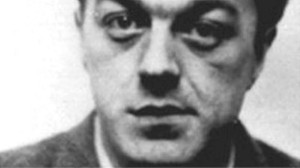 The release from prison of a man who brutally murdered three police officers has been described as a “scandalous, hurtful and abhorrent decision”.

The murders of PC Geoffrey Fox, 41; Sgt Christopher Head, 30; and DC David Wombwell, 25; became one of the most infamous crimes of the 1960s, causing public outrage.

They were shot in front of children playing in a street after they had pulled over a van containing Roberts and two others, Jack Witney and John Duddy, after an armed robbery.

Roberts has been in jail for the crime for 45 years – but news has emerged that the Parole Board of England and Wales had approved his release.

Today, the Met Police Federation said: “Those who place their lives on the line to protect the public deserve better than this terrible outcome.

“It is a scandalous, hurtful and abhorrent decision which opens the door even further for those who have scant regard for law and order.

“The release of an individual convicted of the murder of three police officers is a betrayal of policing by the judicial system.”

“We extend our sincere condolences to the families of our fallen colleagues, Christopher Head, Geoffrey Fox and David Wombwell.”

Roberts was given three life sentences for the murders. A 30-year minimum term was recommended by the trial judge, who said the crimes were so heinous that he might never be freed.

Steve White, chairman of the Police Federation of England and Wales, told The Sun: “This decision by the Parole Board is a slap in the face for the families of the three police officers he brutally murdered.”

During the incident, Roberts produced a Luger pistol and shot DC Wombwell in the left eye, killing him instantly.  Sgt Head ran back towards his car, pursued by Roberts who shot him in the head.  As Sgt Head lay dying the rear van passenger, John Duddy armed himself with a .38 Webley Service Revolver ran to the car and shot PC Fox four times.

After a manhunt, Roberts, Duddy and Witney were arrested and stood trial at the Old Bailey.  Roberts pleaded guilty to the murder of DS Head and DC Wombwell but not that of PC Fox.  Duddy and Witney pleaded not guilty, but following a trial all three were convicted of murder and sentenced to life imprisonment.

The murders gave rise to public outrage and led to the formation of the Police Dependants’ Trust.