ACPO to come to an end – and Sir Hugh to retire 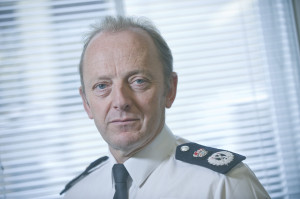 The president of the Association of Chief Police Officers has said he will step down when the body is officially scrapped in the coming months.

Sir Hugh Orde (pictured)  will leave the post after five years to enable a “seamless” transition as ACPO is dissolved and the National Police Chiefs’ Council is set up. His retirement will allow chief officers “to elect a leader who will lead the new body”, he announced.

Sir Hugh, who has led the body since 2009, said he was standing down “around the end of the year”.

He said: “Chief constables have met to make key decisions about how a new body coordinating operational policing at the national level will operate. It is right that the leaders of the service take these decisions and this is an exciting new chapter in police leaders’ work.

“It is essential that this process takes place seamlessly and with as little disruption to operational policing as possible.”

Sir Hugh said he had made the decision “after a lot of thought and after five years of having the immense privilege of leading a team of dedicated, talented and tireless chief officers whose passion for protecting their communities has been unabated in the face of changing modes of crime, seismic shifts in the policing landscape and the impact of austerity on the service”.

He added: “I want to thank my colleagues all for their support and comradeship, along with all those others that I have served with in 37 years as an officer.”

The new National Police Chiefs’ Council will “help police cut crime and keep the public safe, by joining up the operational response to the most serious and strategic threats”, ACPO said in a statement.

It will be hosted by – but be independent of – the Metropolitan Police and a chair of the new council will be elected by the end of the year.

ACPO said police chiefs had agreed the legal structure and operating model of the new council.

The aim was to “develop a modernised and improved co-ordinating body that will be sustainable and effective in supporting policing in delivering at the national level for the public”, it said.