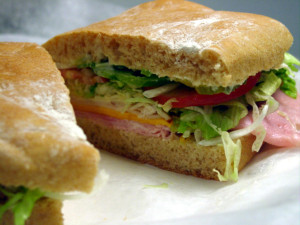 Police officers have spoken out about how going without food for a whole eight or ten hour shift is a regular occurrence.

Simon Danczuk, Labour MP for Rochdale, has raised concerns that police officers are not eating all day because they are too busy.

Mr Danczuk said he feared for the welfare of officers who had told him excessive demands on their time meant they were effectively having to either fast while on duty or grab junk food and hurriedly consume it “on the run”.

Mr Danczuk told PoliceOracle.com: “That is what has been said to us by serving officers. It’s a pretty desperate situation.”

He added: “It concerns me that if they can’t stop and have something to eat they are clearly overworked, and they won’t be performing at their best. If they are eating on the run it is also a far from ideal situation. Something has got to change.”

However, in response, one officer said: “Not eating is a daily occurrence.”

Another said: “It’s been happening to operational officers for most shifts for the past 25 years. A meal has become a luxury.”

“Refs? Toilet breaks? Drink of water? You must be joking,” said another. “You’re given another job before you’ve finished the job you’re dealing with… response officers are totally burnt out.”

Officers said on the seemingly rare occurrences when they do get the chance to stop for something to eat they are having to grab unhealthy fast food from takeaways as they are the only places open when officers are working shifts.

And one officer complained that if he did get the time to stop and buy a sandwich in a supermarket, people “look at him like he’s got three heads.”

Another said that members of the public complain that they “are paying their taxes for officers to waste time going into supermarkets”.

A response officer said: “If you combine not eating with driving for ten hours and working throughout the night it is a potentially lethal cocktail.”