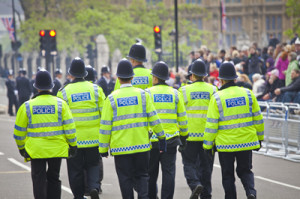 Officers have labelled the Home Office a “disgrace” for placing on Parliamentary record that there are thousands fewer assaults on police officers a year than there actually are.

Police Minister Mike Penning – in response to a question in the House of Commons – said that 18,882 officers had been assaulted on duty in England and Wales over the last three financial years. In fact there were actually 32,864 assaults on officers in that time period.

That is 13,982 that were not placed on official record.

The under recording by the Home Office of attacks on police officers has left front line officers angry.

One PC, who asked not to be named, said the huge discrepency was “a disgrace.” Another PC added: “It appears politicians could not care less about the level of assaults on police officers. They sleep soundly in their beds while we endure assaults and abuse daily.”

In the a House of Commons written answer on September 5, Mr Penning – in response to a question from Labour MP Andrew Gwynne – provided “statistics on the number of police officers assaulted while on duty in England and Wales, by each police force area.”

The figures, Hansard records, “are not regularly published; they have not been verified by police forces and should be treated as provisional.”

However in June this year – more than two months prior to Mr Penning’s Commons answer, PoliceOracle.com, using the Freedom of Information Act, published the true extent of assaults on officers in England and Wales.

It is unclear why Mr Penning provided to Parliament a set of under recorded figures as at the time this story went live.

A Home Office spokesman said: “Attacks on police officers are totally unacceptable and will not be tolerated. Officers do a difficult job protecting our communities and keeping crime down and it is right that we have laws in place to punish those who try to do them harm.

“We are currently working to ensure the accuracy and consistency of police assault figures, following a request from the Police Federation.”

The Police Federation of England and Wales said that it is in talks with the Home Office – and Home Secretary Theresa May – seeking “accurate and consistently recorded figures on the numbers of assaults on police officers nationally”.

Steve White, chair of the Police Federation of England and Wales, said: “Figures are no longer pulled together by the Home Office or HM Inspectorate of Constabulary so there’s a gap that needs to be filled in order to accurately work out the pictures of assaults across the board. With cuts to budgets and numbers of officers we fear that assaults could be on the rise and that’s not acceptable.”