Picture of stress and depression in policing revealed 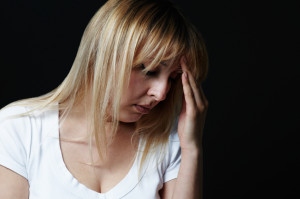 The number of police officers falling sick with stress and depression is on the rise at West Yorkshire Police, new figures have shown.

151 officers were signed off with psychological illnesses at the force last year – an increase from 101 the year before. And 123 officers have been signed off since January.

Since the beginning of April this year, at least 3,564 officers have been signed off from work suffering from psychological illnesses in police forces across the UK.

According to figures released under the Freedom of Information Act, stress is the most common complaint, followed by depression and anxiety, with just a handful of officers reporting post-traumatic stress disorder.

There were more than 6,364 officers signed off with psychological disorders across the UK in 2012/13, which increased to 6,673 the following year.

That is an extra 309 officers suffering from mental illness – and nearly every force of the 39 constabularies that responded to the request reported an increase.

There were 139,251 officers in the 39 forces which responded about the illnesses in September 2013. In the financial year 2013/14 – with 6,673 police officers signed off for stress, depression, anxiety or post-traumatic stress disorder – that works out at around one in 21 police officers.

Steve White, chairman of the Police Federation of England and Wales, says police officers not only experience job-related trauma, but also the psychological effects of a public that are putting more and more pressure on officers.

He said: “The things that police officers deal with day in, day out, are not experienced by the public. There is trauma in terms of policing a fatal road traffic collision, children that have been killed for instance, but also going out there when the level of resource means that you have got nine calls to deal with.

“You are dealing with the stress of that member of the public asking, “Where the hell have you been?”. That causes another type of stress and trauma. You feel that whatever you do, you are going to get criticised or beaten up. And then there is no respite because you have officers that cannot take annual leave – and that all adds to the pressure.”

A spokesman for ACPO added: “Policing is a physically and emotionally demanding job, with officers having to bear witness to the best and worst of society, often through their involvement in distressing events, the memory of which stays with them for a lifetime.  We also recognise that officers across the service continue to feel the pressure that goes hand in hand with having to do more with less. So it is understandable that this will affect officers and some will suffer from stress at one or more junctures in their careers.”

“The wellbeing and safety of officers is of paramount importance to those who manage policing and chief officers are committed to supporting officers in their work, providing access to counselling services, confidential helplines and employee assistance support programmes.”