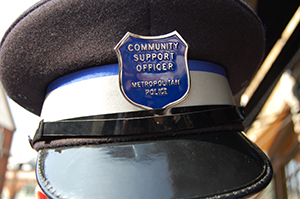 Community support officers are being used “inappropriately” in forces across England and Wales and are being “drawn into a response style of policing”, HM Inspectorate of Constabulary has warned.

The watchdog’s report, ‘Core Business: an inspection into crime prevention, police attendance and the use of police time’ found that 17 forces in England and Wales, CSOs were being used sent to incidents beyond their role or training.

HM inspector Roger Baker said they were being utilised by some forces to attend house burglaries and some assaults.

He said it was important to “make sure they are being used in the way that they were intended.”

The report added: “It would appear, therefore, that in these forces PCSOs are being drawn into a response style of policing – that is, being used to respond to general calls for service from the public – rather than being used in the visible, community reassurance role for which they were intended. This is inappropriate.”

There are currently 13,066 community support officers in the 43 police forces in England and Wales.

HMIC, in one of the 40 recommendations in its report stated that “by 31 December 2014, all forces should ensure that CSOs are not being used to respond to incidents and crimes beyond their role profiles, in respect of which they have no powers, or for which they have not received appropriate levels of training.”

Mr Baker, a former chief constable of Essex Police, added: “CSOs are being used well beyond their powers and their roles – they are being asked to be detectives, but they are not trained or skilled to carry out the role.”

HM Chief Inspector of Constabulary Tom Winsor said: “The oxygen of effective policing is intelligence. Information is useless if it cannot be found and used at the time and in the circumstances in which it is needed.

“And in policing, if it is inaccessible to those who need it, great harm may occur which could and should have been prevented.”