Blame culture: Police officers are “too fearful of making mistakes” 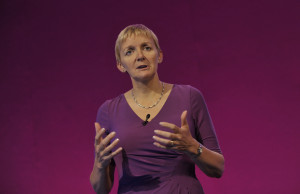 Police officers must be allowed to make mistakes if they are to operate effectively, the president of the Superintendents’ Association of England and Wales has said.

Irene Curtis (pictured) has spoken out against a “blame culture” in the police service where people are “quick to point the finger” and that, she says, prevents the service from learning from mistakes.

Ch Supt Curtis, who has led the Superintendents’ Association since last year, said: “There needs to be an acceptance that on occasions police officers, including those in senior leadership positions, will make mistakes. My concern is that there increasingly appears to be a rush to point the finger, and that in that rush we will lose the ability to learn, the confidence to take difficult decisions and the conviction to try something new.

“We’re in danger of creating an atmosphere of indecision and reticence, where officers will be afraid to make what they think is the right decision. In a job where split second, life or death or no-going-back decisions frequently have to be made, this could mean that decisions made aren’t necessarily the best for the public.”

He said: “We have seen it in this force where officers have made genuine mistakes and have been dealt with extremely harshly. There has been a genuine fear among officers of all ranks of making mistakes. This impacts on morale and hinders officers delivering the service they want in our communities. Managers, rather than seeing officers as having made genuine, honest errors have disproportionately punished staff.

“That is not the way to develop staff, build trust, increase morale or recover the situation. If someone has been so negligent, they can be dealt with under misconduct, but if someone has made a genuine mistake, it should be dealt with quickly and proportionately.

“Policing is not straightforward and black and white.  Officers operate in shades of grey as they interpret the law and do their best to resolve the situation in very demanding situations.

“Managers need to continue to engage and develop staff and allow officers to do what they do best, use discretion and their skills rather than being constantly micromanaged at every turn, and disproportionately reprimanded.”

Ch Supt Curtis said there was a difference between “wrong doing and doing the wrong thing” and that “if we accept that the police service should reflect the population as a whole, then that must include the fact that all people are capable of making mistakes.”

Ch Supt Curtis told the Superintendents Association’s annual conference in Warwickshire: “In any job, people will make mistakes or get things wrong. That’s human nature. More importantly, it’s a really important part of how people learn and get better at their jobs and find ways to improve how things are done.”

She welcomed the increase in scrutiny over the police service that has emerged over recent years, but warned that disciplinary processes should be reserved for those who are corrupt – rather than officer who have made “genuine errors in the course of carrying out a difficult, demanding and dangerous job”.

She added: “Too frequently officers are being served with a notice for potential gross misconduct and being subjected to an often gruelling investigation where the outcome is the same as could have been dealt with in a more proportionate manner in the first couple of days. This not only wastes valuable resources that could be serving the public, but adds to that negative culture and makes officers less inclined in the future to put themselves at risk.”