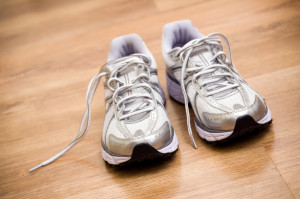 Police officers in West Yorkshire have achieved a 98 per cent pass rate in the new annual fitness (bleep) test.

Of 597 officers who took the test between March and May this year, 585 officers passed.

The results of more than 13,000 police fitness tests across England and Wales have been published with officers achieving an overall pass rate of 98 per cent.

The results come as the College of Policing publishes its guidance on police fitness tests, which become mandatory on 1 September.

The College published its latest results from 32 forces who mostly carried out the tests between March and May this year.

The 15 metre shuttle run is based on scientific research to match the aerobic demands of officer safety training. The standard is the same as that used when recruiting officers.

The guidance requires that officers, who undertake Personal Safety Training, should be subject to mandatory annual fitness testing and achieve a level 5:4 on a 15 metre shuttle run.

There is an emphasis in the guidance on providing support and advice to officers in order to pass.

It follows results of nearly 30,000 police fitness tests, published by the College in May, which showed officers had an overall pass rate of 97 per cent.

Rose Bartlett, from the College of Policing, said: “The results show that the vast majority of officers tested are fit.

“The new guidance issued to forces has been designed to provide supportive measures to help officers to pass and the College has now commissioned research in order to understand why women and older officers have a lower pass rate.

“The College will continue to monitor the results of police fitness tests and support forces in helping officers to pass.”