Concerns over “exhausted and overworked” officers 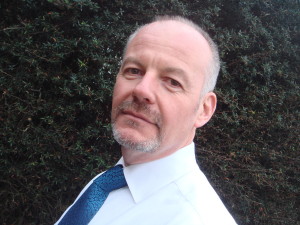 Police officers at Thames Valley police are “exhausted”, “run ragged” and “overworked”, the federation has warned – and they could face injury as a result.

As a result the force has lost around 150 police officers, limited recruitment and held vacancies. Which, according to the Federation, is having a knock on effect on police officers.

Mr Benson said: “We are getting more and more reactive patrol officers – 999 response – who say they are just run ragged every day and there are simply not enough officers to deal with the workload that they are receiving. They always seem to be close to the bare minimum of staffing to do all that they have got to do.

“This seems to be the way things are now and this is before we even get to the set of cuts under the next comprehensive spending review. It is an indication that we are already cut to the bone and we have got no slack. We have got concerns that this is a warning sign of the potential problems ahead. “

Mr Benson warned that officers are at risk of injury because there is insufficient staff to provide back up.

He added: “Sometimes there simply are not enough officers available to back them up and that is a sign of an increased workload but also there aren’t enough officers to go around to do all the jobs that we now have.”

He called for officers to ensure they record status codes properly, to ensure that the force knows how long jobs take when allocating resources.

He added: “More and more officers are saying they are run ragged from the start of their shift and that they simply don’t have time to do slow time enquiries. They are just going from job to job.”

Supt Jill Simpson, Head of People Services at Thames Valley Police, said: “Despite the cuts that the force has faced, the Chief Constable has sought to protect the numbers of officers on Local Police Areas. Since 2011, the number of constables on LPAs has increased by 70. Recruitment has never stopped and we aim to be slightly over our target number of officers to create some resilience for the force.

“The force monitors resilience numbers across the force on a daily basis and addresses any shortfalls, we review incident and response levels and we also track health and safety incidents.

“Work is also being done to identify how we can reduce demand. For example, a mental health street triage scheme to help reduce the amount of time police officers are spending managing situations where a mental health patient is in crisis is being piloted. We welcome the Federation’s support for recording status codes properly as this is key to us identifying where the greatest demands are and then seeking to reduce them.

“We have just held a staff survey and will be very interested to see the results later this year, then will take action in response to issues identified.”