“Carry on regardless and police force will go bust” 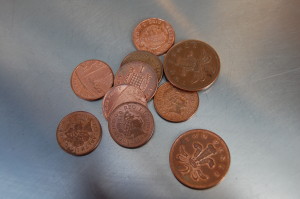 Devon and Cornwall Police is in danger of going bust, the force’s PCC has warned, as demands increase and budgets fall.

The force has lost 400 officers since 2011 and another 90 are predicted to go over the next four years – leaving just 3,010. And PCC Tony Hogg has called for “better management of demands on the police, finding new sources of income” and a transformation in the way the force delivers services.

Mr Hogg said: “Every single day of the year Devon and Cornwall Police receive more than 500 ‘999’ calls, almost 2,000 calls to ‘101’ and record about 900 incidents. The impact on policing shows no sign of abating. Two prime examples are the demands of alcohol abuse and mental health. The stark reality is that we need to find innovative ways of delivering this vital service with less Government money.”

“If we carry on regardless then Devon and Cornwall Police will simply go bust.”

Mr Hogg has appealed to communities and businesses to contribute to the policing effort.

He has asked companies to consider whether they could contribute vehicles and resources to the force and for local people to help enforce road safety messages.

The policing and crime commissioner has also asked for more people to volunteer their time to the force, praising the work of the Special Constabulary in keeping the area safe.

And he said: “On a different tack, I will be seeking ways to make offenders more responsible for the harm and costs they create. Too much legislation and statute seems to protect the offender, as opposed to the victim and the taxpayer.”

Mr Hogg added: “The story in Devon and Cornwall would be bleak if we hadn’t carefully considered and formulated a long term plan. We have to make savings without compromising the efficiency of our policing services and we are on track to do this.  The plan is ambitious and challenging and it will only be successful with the support of the 1.7 million residents and our 18 MPs.”

Nigel Rabbitts, chairman of Devon and Cornwall Police Federation, said: “The PCC’s concerns are shared by the local Police Federation. We have continually raised both internally and in the public arena the impact on frontline policing and the lack of a sustainable police funding formula.

“The reliance on Government grants and the council tax precept has long been a source of uncertain income flow, which makes long term fiscal planning difficult. What suffers is the staff. Both police officers and police staff numbers have been reduced, this puts extreme pressure on service delivery, and meeting demand.”

He added: “Emergency services serve the public and protect them from harm and this can only be done by having enough resources to cover both counties and the islands, with resilience to cover those unexpected events. The central government message is clear, you have enough money to provide this. Finally the penny has dropped. This spin is simply not true.

“We believe it is time for the elected commissioner to campaign for a funding change. More cuts will endanger the public.”