Public “frustrated with the reduction of traffic police” 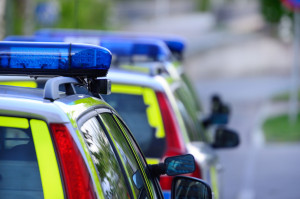 People in England and Wales believe motoring offences are going unpunished because of a lack of police officers on the road, a survey has shown.

Forty per cent of drivers consider it unlikely that other motorists committing offences such as tailgating, texting at the wheel or undertaking will be caught, according to a recent report.

And falling police numbers are being blamed.

The RAC Report on Motoring, published this month, found that 51 per cent of people believed it would be unlikely that someone texting while in traffic would be caught.

And 24 per cent of those surveyed said that they think other drivers who engage in tailgating will ever be stopped by the police.

David Bizley, the RAC’s technical director, said: “Our research shows that millions of law-abiding motorists are frustrated with the reduction of traffic police and believe that the chances of drivers being pulled up for breaking the law are now minimal.

“Motorists are tired of constantly seeing other drivers breaking the law and getting away with it so it is hardly surprising that they want to see a greater police presence on our roads to enforce motoring legislation more effectively, which would also act as a genuine deterrent.”

Responding to the Report, a spokesman for ACPO said: “Police chiefs have worked hard to maintain specialist roads policing officers as well as ensuring that all officers look out for people committing the four fatal offences of speeding, driving while distracted, driving without a seatbelt and drink and drug driving.

“Enforcing the law on our roads and keeping people safe is the responsibility of all police officers not just specialist officers.”

The number of officers serving in UK has fallen more sharply than in any other European country, it has emerged.

Data compiled by Eurostat, the European Union’s statistics unit, compared police numbers across Europe and found a decline of 9,934 officers in England and Wales from 2010 to 2012.

The next largest fall was in France with a drop of 7,280 to 203,982 over the same period, followed by the Czech Republic with a 4,809 fall, the Daily Telegraph has reported.

A spokesman for the Police Federation of England and Wales said: “Roads policing is an essential aspect of the police service and recent changes to legislation are welcome but the effectiveness of new sanctions depends on having adequate police officer numbers to enforce them.”