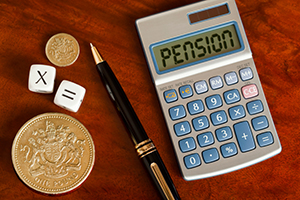 Thousands of people have signed a petition calling on Home Secretary Theresa May to allow widows of police officers who die in service to keep their spouse’s pension if they remarry or cohabit.

The campaign – which has the support of Care of Police Survivors – follows on from a decision in Northern Ireland to reinstate pensions for widows and widowers whose spouses died in service from 1 January 1989.

Under the RUC Pension Regulations 1988 these survivors will now have their widows pension reinstated from 1 July 2014.

Now in Scotland, England and Wales, a petition has been started by police widow Cathryn Hall – whose West Midlands Police officer husband Colin died from a heart attack at the scene of an incident in 1987. She is calling for a similar decision to be made by the UK Government.

In 2001 she “was faced with a very difficult decision: to keep my police widows’ pension, or move in with my partner; although I could ill afford to lose the money living apart was becoming intolerable. Our financial lives have been a roller coaster ride since then but we have been happy.”

She states widows should not be made to make a choice between “love or money”.

In 2008, a Government scheme launched which effectively “bought out” police widows of their pensions for £20,000 if they remarried. Although this did not apply retrospectively. It is estimated that 131 spouses had their pensions axed between 2008 and 2012 because they remarried or moved in with a partner.

Christine Fulton, whose Strathclyde Police husband PC Lewis Fulton, was stabbed to death while answering an emergency call in Glasgow in 1994, is also backing the new campaign.

Christine, who co-founded the COPS charity, describes the police pension she receives as “his last gift to me and to part with it is to part with him.”

She added: “Lewis paid into his pension for our future, just because he didn’t have a future does not mean that I don’t. This is It isn’t just about the financial aspect.”

Christine, who has been in a relationship for eight years, added: “We can’t afford to move in together because I would lose my pension. This is an injustice that has to be corrected.”

Under the 1987 police pension, it is currently estimated that there are 22,000 serving police officers in Britain whose pensions would be cancelled if they died on duty and their partners later remarried.

The new 2006 police pension meant that serving officers and new recruits could sign up to “pensions for life” for their loved ones left behind.

A Home Office spokeswoman said the government was committed to ensuring public service pensions were “affordable, sustainable and fair, both for the members of those schemes and other taxpayers”.

She added: “Officers who join the 2006 police pension scheme do benefit from life-long pensions for widows and widowers. All serving officers were offered the opportunity to transfer to this scheme when it was introduced.

“In common with most other public service pension schemes of the time, the 1987 pension was not designed or funded to provide such benefits. Attempting to backdate this or any pension of this type, would have serious implications across the whole public sector.”

You can see the petition here