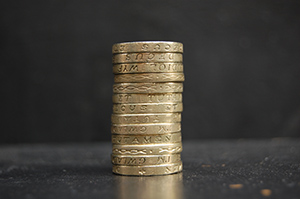 Police officers in the new 2015 police pension scheme will be able to retire from the service aged 55 with actuarial reduction, the national federation has announced.

Leatherhead has announced that the Government has dropped proposals to set the minimum pension age for which officers could claim a pension under the new career earnings scheme as 57.

The new pension scheme will come into effect next April.

A new “normal” pension age of 60 – for officers to receive their full pensions – is being introduced.

In a response to a consultation on pensions proposals published called Freedom and choice in pensions, HM Treasury acknowledged the unique nature of policing, in the Government coming to its decision.

It added: “The government received some strong responses against this [proposal], in particular from public service representatives such as the Fire Brigades Union and Police Federation.

“These respondents argued that the change should not apply to public service schemes, and should take account of schemes which do not link to State Pension age, such as for Firefighters, Police and Armed Forces.”

Andy Fittes, general secretary of the Police Federation of England and Wales, said: “I am extremely pleased that the government has listened to reason and will not be putting the minimum pension age for officers in the 2015 scheme up two years to 57.

“The Staff Side of the Police Negotiating Board put together a strong, well-reasoned case as to why this would not be in the interests of officers or the public and it is gratifying to see all that hard work pay off.

“Policing cannot be viewed in the same way as other professions, officers must be properly rewarded and recognised for the difficult and dangerous work they do.”

From April 2015 a new “career average” pension scheme for officers will replace the current final salary scheme and a new “normal” pension age of 60 will be introduced.

Average member contributions will increase to 13.7 per cent.

The government has said there will be no change in pension age or amount received at current pension age for those who at 1 April 2012 were aged 45 or over or are members of the 1987 Police Pension Scheme and aged 38 or over and 10 years or less away from being able to retire with a maximum 30 year pension.

More information can be seen from PFEW here

And from the Government here