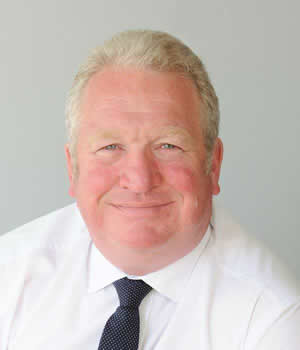 A former soldier and firefighter has been named as the new policing minister following the Cabinet reshuffle this week.

Mike Penning, the MP for Hemel Hempstead, has served both in the Army as a Grenadier Guardsman and in Essex Fire and Rescue before embarking on a career in politics and journalism.

The North London-born MP is married with two daughters, is a keen rugby and football fan and is “passionate about sport”.

Mr Penning will face a baptism of fire in the post, as police cuts, federation reform and historic changes to the police service land on his plate.

Steve White, chairman of the Police Federation of England and Wales tweeted ahead of the announcement this week: “New police minister will have a job on their hands. Falling numbers, falling morale, rising work. We will be sending strong message.”

He later said: “Congratulations to Mike Penning MP who has taken over the policing portfolio. We look forward to working with him.”

Mr Penning was caught up in the expenses scandal in 2009 when the Telegraph reported that he had claimed for a dog bowl.

The £2.99 stainless steel vessel was one of several items bought on expenses when he was shadow health minister for his second home in his constituency.

He said at the time that he should not have charged for the dog bowl: “This was claimed for mistakenly, for which I apologise sincerely and will pay back.”

Mr Penning took over the post after Damian Green’s removal in a move that surprised many.

Having held the position since September 2012, the Conservative politician had overseen the first elections for the posts of police and crime commissioner and been active in shaping the direct entry to superintendent recruitment scheme for forces.

Before becoming minister for policing, criminal justice and victims, he was immigration minister and had also been shadow secretary of state for transport, immigration and education.