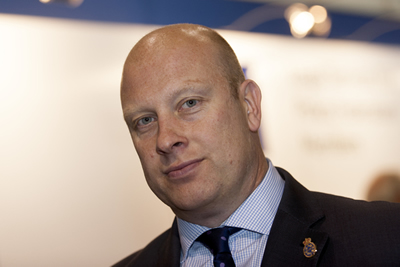 The force advertised a single post for a role that would enable someone from outside the service to come into the superintending ranks.

Despite the fact that there were 47 applications, not one made the grade, according to the force’s head of human resources.

Hilary Sykes, HR Director at West Yorkshire Police, said: “Unfortunately, we have not been able to identify a candidate that met our rigorous high standard right across a full spectrum of competencies, so on this occasion we will not be progressing applications to the next level.

“This recruitment process in West Yorkshire is part of a national programme, which is still ongoing, and we may have the opportunity to consider more applicants arising from that. We will also welcome future interest in the next round of direct entry.”

A superintendent post had been advertised at the force – inviting applications from “fit and healthy” individuals from outside the police service to come into policing at the senior rank to bring “fresh perspectives and new ideas”.

Despite the fact that none of the applicants were suitable, the standard was high, Ms Sykes said.

She added: “We were very pleased with the level of interest, with 47 applications from a wide range of backgrounds. We received a high calibre of applicants, with all demonstrating considerable success in their careers to date.”

Nick Smart, chairman of West Yorkshire Police Federation, (pictured) said: “We are not surprised that the candidates have not been up to scratch.  We are pleased that high entry standards for the post of superintendent have not been diluted to appease politicians and this short sighted scheme.

“It’s pure gimmick and the scheme lacks substance and any credibility.

“We have said all along that we have the talent within the service and officers should be highlighted and possibly fast tracked if they have the potential.

“This scheme is bad for the service, but most importantly it’s bad for the public. We need senior officers with a good grounding in operational policing so that critical decisions are made correctly.

“You cannot buy credibility. You cannot teach experience.  This scheme attempts to do both.”

A total of 888 applications have been made for 19 posts in seven police forces taking part in the initiative; 595 people applied for positions at the Met; 83 at Avon and Somerset Police; 67 in North Yorkshire; 40 in Sussex, 38 in the City of London and 18 were made for a single post at British Transport Police.

North Yorkshire Police has shortlisted eight applicants and has so far interviewed four.

The best applicants will be put through their paces at the College of Policing national assessment centre in late July to begin the £180,000 training scheme.

Irene Curtis, president of the Police Superintendents Association, said her organisation was working with the College of Policing to make sure training and recruitment was robust and of a high standard.

She said: “It all about the quality, not about the numbers of people applying. In some ways I am pleased West Yorkshire has made the decision, and it must have been difficult, that no-one had made the standard. It is a huge job they would be taking on, they have got to be something special.”

A Home Office spokesman said: “The future success of the police is dependent on attracting the best and brightest to careers in the force. Direct entry at superintendent level is a very demanding challenge.

“Forces have been working with the College of Policing to put in place a robust selection process to ensure that only those who can meet the high standards required are successful.

“It is right that forces only consider those who they are confident can complete the demanding training programme and go on to be excellent police leaders, bringing a fresh perspective and benefitting their colleagues and the public.”