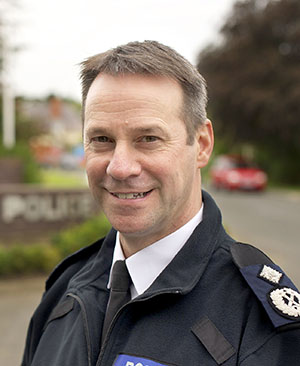 West Yorkshire Police’s chief constable Mark Gilmore (pictured) has been suspended in connection with an investigation by the Police Service of Northern Ireland.

Mr Burns-Williamson said: “The reason for this suspension is as a result of information I have received from the Police Service of Northern Ireland.”

He gave no details about the investigation.

Mr Burns-Wiliamson added: “I would like to stress that the suspension of the chief constable is a necessity in the public interest until the full facts have been established.

“I have also referred this matter to the Independent Police Complaints Commission (IPCC).

“I will be keeping the suspension under review as the PSNI investigation proceeds and in the meantime I have asked Deputy Chief Constable, Dee Collins, to act up as chief constable for West Yorkshire.”

Mr Gilmore, 50, was appointed to the position in April 2013, replacing Sir Norman Bettison who resigned amid investigations into his conduct following the Hillsborough disaster.

He joined the Royal Ulster Constabulary, the predecessor of the Police Service of Northern Ireland, in 1983.

“The most important thing now is to maintain our focus on serving the public.

“People should feel reassured that day to day service is unaffected and their Neighbourhood Policing Teams will continue to provide the local service they value.”