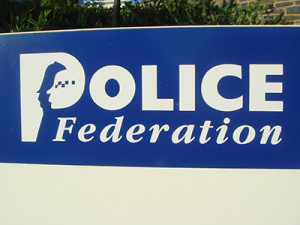 The Police Federation will hold both officers and the public interest at the heart of the organisation after agreeing this will form part of its ‘core purpose’.

The Fed’s Interim National Board (INB) and Interim National Council (INC) agreed the historic move at the inaugural meeting of the new council which will be the first change to the organisation’s core purpose since the Police Federation was set up in 1919.

Steve White, chair of the Police Federation of England and Wales and the INC, said: “This is another move forward as an organisation and demonstrates our commitment to reform.

“It is crucial we ensure we are working to put members at the heart of what we do, we are transparent and that we act in the interests of both officers and the public.”

A change in the revised core purpose to include the public interest element and provide a credible and trusted voice for officers was outlined in recommendation 1 of the Independent Review of the Police Federation, instigated by the organisation itself and carried out by the RSA.

“That PFEW agrees that in fulfilling its statutory responsibilities for the welfare and efficiency of its members the Federation at all levels will:
– ensure that its members are fully informed and that there is the highest degree of transparency in decision-making and use of resources;
– maintain exemplary standards of conduct, integrity and professionalism;
– act in the interests of the members and the public, seeking to build public confidence in the police service and accepting public accountability for its use of public money;
– work together within the Federation and in partnership with others in the policing world to achieve its goals.”