Labour pledges to cut 43 forces in England and Wales 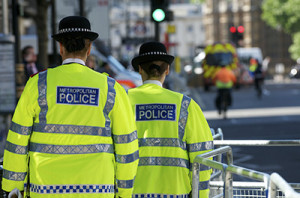 The 43-force structure in England and Wales will be eradicated if Labour wins the next General Election, the Shadow Policing Minister has confirmed.

Jack Dromey said the money saved by carving up the current system and reducing the number of forces would be ploughed back into neighbourhood policing.

The Labour Government attempted to merge forces in 2005/6 but failed.

He was addressing the annual ACPO conference in Harrogate.

Mr Dromey said: “It is a nonsense to continue with 43 separate forces in England and Wales – it has been said to me time and time again that it is the enemy of operational effectiveness. It is certainly the enemy of efficiency.

“At the end of the first term of a Labour government there would not be 43 forces.”

Mr Dromey also addressed the idea that abolishing police and crime commissioners could save the service money – although he did not commit to the plan.

He also told chief officers there were compelling arguments in Lord Stevens’ 2013 recommendations to reduce the numbers of forces as well as abolishing the Independent Police Complaints Commission (IPCC) and creating a new body.

The conference also heard from Sir Hugh Orde, president of ACPO, who said the police service must become an organisation that is willing to learn from mistakes, rather than “casting around to stick some individual’s head on a pole when things go wrong”.

Sir Hugh told delegates: “If, on occasions, the outcome is less than perfect we need our people to be secure in the knowledge that leaders will support those charged with making split-second decisions without the power of hindsight. This will only work if those who oversee policing understand that new complexity and report accordingly.

“We need to become an organisation with a culture that actively encourages discussion and challenge and is willing to learn when things go wrong, rather than casting around to stick some individual’s head on a pole by way of retribution.”

Sir Hugh said officers need to be secure in the knowledge that they would have the backing of those in command when they used their discretion if the outcome was unsatisfactory and that the College of Policing’s Code of Ethics would be a pivotal initiative.

He praised the introduction of the UK Code, which is currently being rolled out across forces by the College, adding that it would be a benchmark for all to follow.

Sir Hugh added: “As leaders we have an opportunity to encourage our officers and staff and empower them to use that precious power of discretion to deliver meaningful outcomes for citizens.”