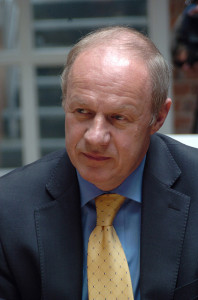 Police officers who “act improperly” for their own benefit could be charged with a new offence of police corruption – and face a jail term of 14 years.

According to new proposals unveiled by the Home Office this week, the offence would cover cases in which a sworn officer “acts improperly with a view to obtaining an advantage for themselves or someone else – or causing some form of detriment to someone else.”

Officers could also be charged with corruption if they are deemed to have “failed to act” for a corrupt purpose – for example if they know a suspect did not commit a particular crime but hide that knowledge because they have a relationship with the guilty party.

Nick Smart, chairman of West Yorkshire Police Federation, said: “The vast, vast majority of police officers are honest so have nothing to fear from any new offence. We are accountable to criminal law, a code of conduct and the offence of misconduct in a public office. Do we really need more legislation?

“If we do need more legislation, should this not apply to all public servants – including politicians?”

The new offence would carry a maximum sentence of 14 years’ imprisonment and would apply to all officers of all ranks and special constables in England and Wales, as well as officers of the British Transport Police, Ministry of Defence Police and the Civil Nuclear Constabulary.

It would also apply to those National Crime Agency officers who have the powers and privileges of a constable, including NCA Specials.

Home Secretary Theresa May announced plans for the new offence in March during her statement to Parliament about the outcome of the Ellison Review – the review of corruption surrounding the flawed investigation of the murder of Stephen Lawrence.

It would supplement the existing offence of misconduct in public office and is being brought forward as an amendment to the Criminal Justice and Courts Bill.

Policing Minister Damian Green (pictured) said: “Where police officers fall short of the high standards we expect of them, it is right that the full force of the criminal law is available to punish and deter acts of corruption by police officers.

“We believe the best way to do this is to create a new offence of police corruption, solely applicable to police officers, to sit alongside the existing offence of misconduct in public office.

“Corrupt behaviour in the police should be deterred and punished so we can maintain their standing in the eyes of the public and underline the important work done by the overwhelming number of officers across the country.”

Steve Evans, vice chair of the Police Federation of England and Wales (PFEW), said: “Police officers and the PFEW do not accept or condone corruption in any form. We share the concern of the public that anyone guilty of such behaviour has no place in the police service and should feel the full force of the law against them.