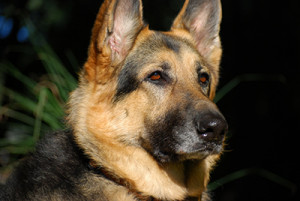 Cutting dog and mounted units is a “short sighted” move that will damage police service resilience and capability, the Police Federation of England and Wales has warned.

Since 2009, police dogs have been cut by more than 200 and five forces have disbanded their mounted sections.

The reductions have been made as part of the Government’s 20 per cent cuts to policing.

But the move is a false economy, according to Rick Nelson, of the Police Federation’s operational policing sub-committee.

Mr Nelson said: “If forces are serious about improving efficiency in times of budget cuts, they should look to increase their numbers of police dogs and police horses – doing the opposite is incredibly short-sighted. Dogs represent an extremely versatile policing tool.

“They don’t just provide a crucial component of public order policing but their assistance is invaluable across a range of situations from drugs and missing persons searches to firearms operations and everything in between. Likewise, mounted units provide a range of policing benefits to the public such as helping officers in public order situations.”

48 UK forces were quizzed on dog numbers between 2009 and now. Of the 37 that gave data, 25 said they had cut police dog numbers. Over five years there was a reduction of 11.6% – 230 dogs. Of all the UK forces, British Transport Police made the biggest reduction – almost halving their number of dogs to 55.

Cuts have also been made to mounted branches: five years ago, 17 forces had their own police horses, now only 12 have. Cleveland, Essex, Humberside, North Wales and Nottinghamshire have axed their mounted sections, while most of the others have made reductions, according to the BBC which carried out the research.

Lynne Owens, chief constable of Surrey Police and ACPO lead for national policing for uniformed operations – said a review was under way to assess how well-equipped police forces were to deal with emergencies and critical incidents.

She said: “In the current economic climate, chief constables are facing difficult decisions on how to balance their budgets whilst maintaining service to the public, and we recognise that some specialist units have been cut or reformed.

“However, whilst individual chief constables are responsible for ensuring they can respond to issues in their own individual forces, we also need to be sure that the police have the capacity and capability to respond to national threats.”