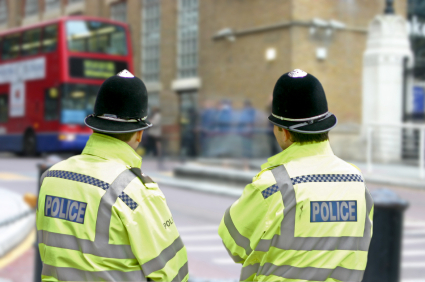 Policing cuts “are now being felt by the public”, the Federation has claimed, after it was revealed the number of people who have seen a bobby on the beat at least once a week has fallen.

Figures from the Office of National Statistics have shown that police visibility fell during 2012-13.

According to the ONS: “The proportion of adults who reported seeing a police officer on foot patrol in their local area at least once a week recorded a decrease of four percentage points from 38% in the 2011/12 Crime Survey for England and Wales to 34% in the 2012/13 CSEW. Prior to this, proportions reporting this level of visibility increased until 2009/10, after which trends remained broadly steady.”

Steve Evans, vice chairman of the Police Federation of England and Wales, said: “The service has lost more than 15,000 officers since the coalition government came into power [in 2010] and cuts began which has had a detrimental effect on frontline policing.

“While hard-working officers up and down the country have done their best to cope with the cuts, the service has been working at maximum capacity.

“The knock on effect of these cuts is now being felt by the public. Unfortunately, this is the reality of these policing cuts.

Just before its annual conference last month, the Fed commissioned an Ipsos MORI survey which showed 93 per cent of respondents felt the number of police officers was important in affecting how good a job the police can do.

The ONS figures, published at the end of last week, also showed the proportion of adults who think the police “do a good or excellent job” has also “levelled off” after rising for a decade.

In the latest analysis of data from the 2012-13 survey, the ONS said that there had been a decade-long growth in the number of people who felt confident that the police were doing a good or excellent job – but that had now begun to level off.

The figures show a one percentage point fall in overall confidence – down from 75% to 74%. That change is not thought to be significant because statistics often move up and down around a well-established trend.

Mr Evans added: “Public confidence in the police is still high and resources are being stretched as far as they are able to ensure a minimum effect is felt but eventually the drop in numbers has an impact.”

The Crime Survey of England and Wales is a huge rolling programme of interviews with people about their experiences, irrespective of whether or not they have reported an offence.