New chairman for Police Federation of England and Wales 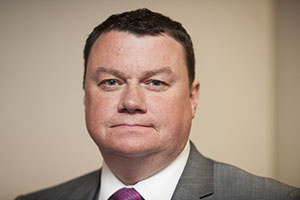 Mr White, (pictured) who has been the vice-chairman of the staff association and is an inspector, replaces the retiring Steve Williams.

The other candidate in the election was Will Riches, who had been chairman of the constables central committee.

Mr White joined Avon and Somerset Constabulary in September 1988. He was promoted to sergeant in 2001 – a time when he also became a Fed representative, before later going on to be promoted to inspector.

At the Police Federation annual conference in May 2011, Mr White was elected to the Inspectors’ Central Committee – he was then elected to the position of national vice-chairman in November 2012.

In his spare time he is a private pilot and treasurer of a local flying group who jointly owns and flies an aircraft based at Gloucester airport. According to the Police Federation website he “also enjoys riding his motorbike, both in the UK and Europe given half the chance”.