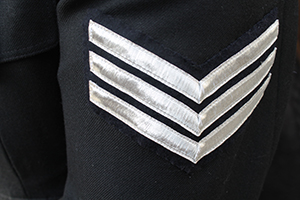 Twenty two per cent of candidates have passed the first stage of the sergeants’ promotion process at West Yorkshire Police.

Thirty eight of the 174 candidates at the force passed their OSPRE Part I examination in March.

As many as 1,730 candidates passed the exam across England and Wales, out of 4,536 who took the assessment.

The national pass rate was 38 per cent – lower than in 2013 where 42 per cent were successful.

The Ospre Part 1 examination is one of the stages of the system used by police forces in England and Wales for promotion between the ranks of constable to sergeant.

With questions and answers, it tests candidates on their knowledge and application of relevant law, evidence and procedure.

Women were more likely to pass the exam than men – the pass rate among female candidates was 42 per cent (476 candidates), compared with a 37 per cent (1,244 candidates) for males.

Candidates with five years or less service achieved the highest pass rate at 43 per cent. The length of service category with the lowest pass rate was 16 – 20 years where 31 per cent (73 candidates) were successful.

Ciaran McGuigan, Head of Examinations and Assessment at the College of Policing, said: “Congratulations to the successful candidates who are now one step closer to promotion.

“All of the candidates put in a tremendous amount of additional work in preparation to take the examination and the College of Policing is committed to supporting the continuous professional development of officers and police staff.”