One per cent pay rise agreed for officers 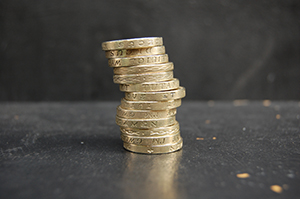 A one per cent pay rise has been agreed for police officers, kicking in on 1 September this year.

“This increase is for all pay points and all Ranks and has been accepted by staff side. This increase also applies to those allowances normally subject to annual increase. The increase does not include CRTP.

“This is in keeping with the continued public sector pay restraint.

“We are pleased that unlike other public sector workers those receiving increment increases will also benefit from this one percent increase.”

Nick Smart, chairman of West Yorkshire Police Federation, said: “This will be a demoralising pay rise for police officers.”

He added: “It is below the rate of inflation so once again it is a pay cut.

“With the Government pay restraint on public sector workers, a one per cent pay rise is not unexpected but that will not take away the feeling of frustration from front line officers who only ask for fair pay to match their hard work.

“The only positive is that the officers who are getting incremental pay rises are also entitled to this one per cent rise – and that is not the same across the public sector.

“We also must remember that this pay rise will be swallowed up by the continuing pension contribution increases our members are also suffering from.”