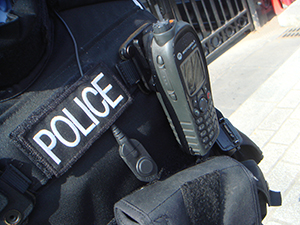 West Yorkshire Police Federation has defended the amount of days officers have taken off sick after local press reports suggested figures were on the increase.

The number of sick days taken by West Yorkshire Police officers is on the rise, according to the Telegraph & Argus.

The figures showed the number of officers or staff on long-term sick leave, where they were off work for more than 28 days, had soared from 379 in 2012/13 to 470 for the current year.

Nick Smart, chairman of West Yorkshire Police Federation, said the total sick days for officers worked out at around five per year per officer, which was not excessive.

He said: “West Yorkshire Police has a very robust attendance management programme. It is very keen on getting officers back to work as soon as possible.

“Given the nature of the job that police officers do, the risks they face, and the excessive hours they often work; one day off every two and a bit months, for whatever reason, doesn’t sound a lot. I would be interested to see how many days are lost due to injuries suffered while on duty, as opposed to general illness.”

Mr Smart said the figures might be affected by officers being more confident at reporting stress and mental health issues.

“A lot of officers do feel stress. If officer numbers are reducing and the workload is increasing, it isn’t much of a leap to suggest there is a correlation between the two.

“A lot of factors impact on sickness. It doesn’t seem to me that officers are milking time off sick.”