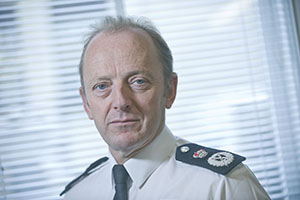 Officers should be given the flexibility to take their children out of school during term time to go on holiday, the president of the Association of Chief Police Officers has said.

Sir Hugh Orde (pictured) has written to Education Secretary Michael Gove asking if he will grant officers “exceptional circumstances” and allow them to go on holidays during term time if they are unable to do so during the regular holidays “due to their policing duties”.

Parents whose children fail to attend school are liable for a £60-£120 fixed penalty notice under Section 444 of the Education Act 1996.

Officers must tell their force’s Professional Standards Department if they are fined for taking their children out of school, which could see them disciplined for misconduct.

Police officers and staff associations have complained that this unfairly penalises officers who are forced to work during the summer.

Looking ahead to summer 2014, high-profile national events where leave is likely to be controlled, if not banned, include the NATO conference in South Wales, the Commonwealth Games in Scotland and the parading season in Northern Ireland.

All of these are anticipated to require use of mutual aid arrangements.

In a letter seen by PoliceOracle.com, Sir Hugh tells Mr Gove: “As you know the requirements of policing duties place constraints around when officers can take annual leave.

“On behalf of their members, the Police Federation and Superintendents’ Association have raised concerns, which in turn chief officers have asked that I pass to you, that police officers who are unable to take annual leave during school holidays, due to their policing duties, may be penalised if they take family holidays during term time.

“In the case of police officers, should this occur and lead to misconduct proceedings or worse it would clearly be a serious matter.

“It has been suggested that this might be avoided if exceptional circumstances were clearly understood to apply to police officers in this position.

“I hope that you will feel able to give this matter your consideration.”

Previously, Steve Evans, lead on professional standards for the Police Federation of England and Wales, said: “You can see that at key times over the past two years – it was very difficult for police officers to get leave.

“If the job has put them in that position [where they cannot go away outside term time] they should not be punished for it. It is just logic. Everyone has a right to a family life.”

It is understood that schools have been told not to let pupils miss lessons unless in “exceptional circumstances”, such as a family funeral.

A spokesman for the Department for Education told PoliceOracle.com Mr Gove would be replying to Sir Hugh “shortly”.

He added: “Head teachers are free to grant pupils leave in exceptional circumstances and it is for them to decide whether to grant time off.

“We recognise the challenges facing parents to fit holidays around their jobs and that’s why we are giving schools the flexibility to set their own term times so they can change term dates to ones that work for their pupils and families. Many schools are already taking advantage of this.”